What is augmented reality and how does AR work? 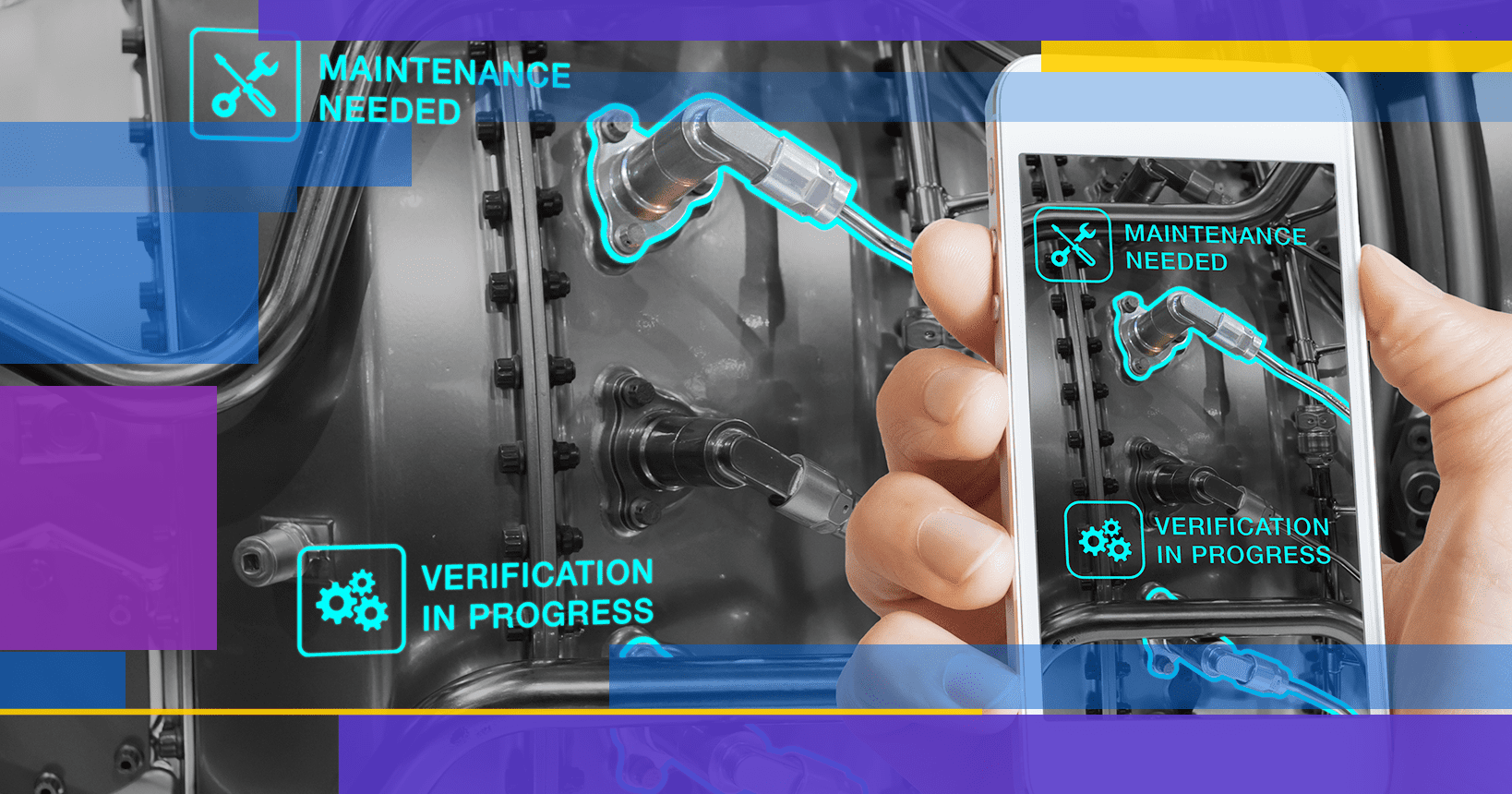 With evolving technology, the data we obtain about our environment is richer than ever before. It also seems that we keep having less time and more choices. To keep up, we need something that would help us to comprehend information and make decisions faster.

One way to close the gap between the digital and the psychical world is augmented reality technology. AR is used across industries and helps, for example, shoppers to pick the right clothes, technicians to fix machines efficiently, and allows medical students to try out surgeries digitally.

Let’s look at what exactly AR is, how it works, in what forms it exists, and how it can help people receive information:

What is augmented reality?

Augmented reality, or AR, is a technology that allows digitally generated 3D objects to be overlaid in real-world scenarios using an AR device. The virtual object shows up on the screen in the real environment together with the device’s camera input. This way, the users can interact both with the physical world and the virtual object enriching the experience with data.

However futuristic it may sound, nowadays, it is pretty easy to encounter AR technology. While still developing, it is estimated that worldwide spending on AR technologies will reach $45.1 billion by 2022. The technology is being used across industries, including marketing, healthcare, education, product development, manufacturing, etc. The learn more about use cases in different fields, you can download our e-book by clicking the button below.

Use cases of augmented reality

Learn how AR transformed learning and decision-making processes across industries.

The difference between AR and VR

While augmented and virtual reality are often grouped together, they don’t work the same way and serve different purposes.

As mentioned before, augmented reality includes a virtual overlay in a real-life environment. The user still sees the physical world, only his view is enriched by AR animation and data. Almost any person with a smartphone can get access to AR, no additional devices are necessary.

On the other hand, virtual reality completely immerses the user into a virtual, computer-generated scenario. When a user puts on a VR headset, the screen eliminates any interaction with the real-life environment. However, it often does simulate a real experience by employing visual or auditory stimulation. To experience virtual reality, you need special equipment such as computers, headsets, or gloves.

How does augmented reality work?

For the computer-generated perceptual information to show up correctly, it calculates the position and orientation of the surrounding objects in real life. Usually, it works like this: 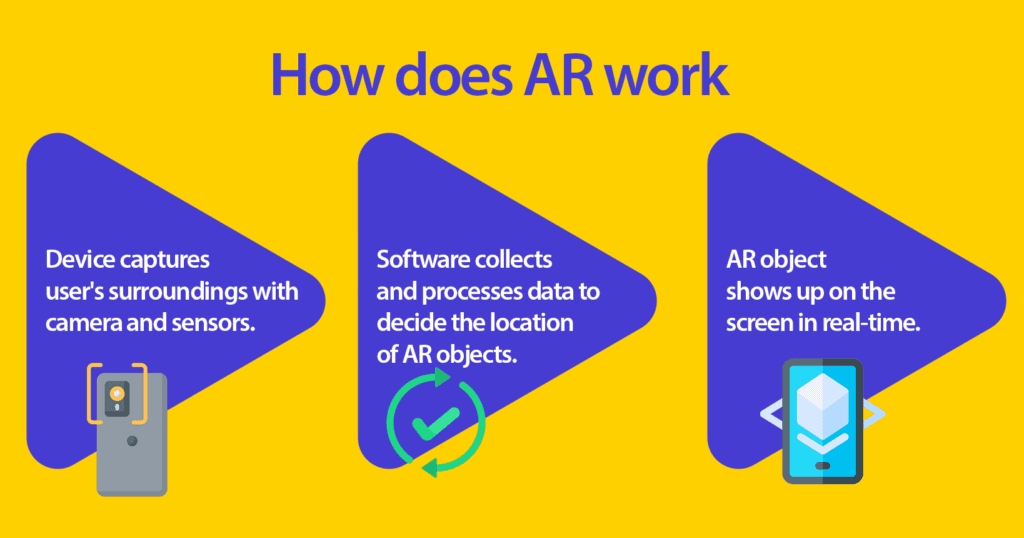 Based on the type, AR can use depth sensors, accelerometers, cameras, gyroscopes, and light sensors to collect data on the user’s surroundings. They measure the distance to the objects, speed of the motion, direction and angle, and overall orientation in space. The data is then processed to show animation in a real-time and relevant location.

There are four most popular types of augmented reality: marker-based, marker-less, projection-based and superimposition-based AR.

Marker-based AR (also called “image recognition) requires a marker – a photo, QR code, or something similar – to initiate the AR animation. The device will scan the marker with a camera and calculate the overlay’s position. The marker is static, allowing users to move around and inspect the object in 3D from various angles.

As the name might suggest, projection-based AR visualizes digital images into physical space. It uses synthetic light to show visuals on surfaces. It may be interactive – the most known would be a projected digital keyboard that allows users to type. However, it also can be non-interactive. Those can look like a holograph – a light projection of objects where you can also see their position and depth.

Marker-less augmented reality does not need a marker to be in a fixed point in space. The placement of the virtual object is based on the user’s real physical environment. Correct detecting and mapping surroundings require more advanced technology than marker-based AR, such as GPS or compasses. It is also known as “location-based” AR, as it adds information based on a certain area.

Superimposition-based AR replaces a portion or the whole of a physical object in the view with an augmented one. Object recognition plays a significant role in this, as the app must be able to recognize what object to show. For example, this is used in medicine, where doctors can see the X-ray view of a patient’s broken bone on the real image or locate veins better.

resco.Houston is a knowledge management application that will help you keep up with the competition. All your tribal knowledge, guides, manuals, and AR video calls are available in a single app. Empower workers to share expertise in real time and improve operations efficiency with essential knowledge at your workers’ fingertips.

How to ensure recruits follow company procedures? Use this online tool

Why wearables should be part of every technician’s attire