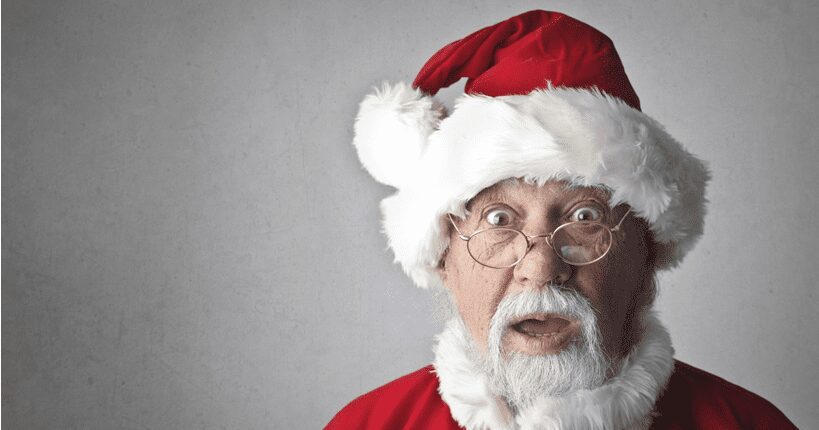 As some of you might already know, Resco comes from Slovakia – a little-big country in the heart of Europe with rich history and culture. But whenever I try to explain some of the Slovak Christmas traditions to my foreign friends, they seem baffled. I can understand why.

A few of our traditions, the rituals we keep performing during Christmas, are a bit strange to outsiders. Yet, we keep holding onto them (though sometimes even we don’t know their proper origin), because they are a part of our authentic Christmas experience.

Are they really that strange? See for yourself:

Christmas in Slovakia is celebrated on Christmas Eve, which is on December 24th, not 25th.

A fish can be found on almost every table during the Christmas dinner. Not turkey. Not any other meat. Fish – carp in particular.

The strange part about it? Well, we buy them while they’re still alive. Usually a few days ahead of Christmas. And to maintain the best taste, we keep them alive until the last possible moment. Where do we keep them? In out bathtubs! Yup, you’ve heard right. They are just swimming in our bathtubs, waiting to be killed. And eaten. Yummy.

Before the Christmas feast (and it truly is a feast, consisting of as many as 9 courses!), there’s the fast. People fast during the Christmas day. Some altogether, but the majority compromises and eats sporadically small bites of pastry.

The deal here is – you kinda need to get hungry during the day and then you stuff yourself in the evening –  so much so that you need to loosen your belt after the feast.

The table accessories and rituals

Our tables are cracking under the weight of things we put on them. And it’s not only food. There are many, many small items that cannot be missing. Like…

Money under the table cloth, to have a prosperous year ahead.

Walnuts thrown into every corner of the house right after dinner to ensure abundance of food for the following year.

Garlic served with honey and non-sweetened waffles is also consumed. By everyone. It’s healthy.

A fish scale (from the aforementioned carp) would be placed into a wallet to assure plenty of money will be always at hand.

An apple cut in the middle – if the cut revealed a star-like shape in the middle of the apple, it meant happiness and health for the upcoming year. A cross-like shape would mean illness and death. The apple is then served to everyone at the table, which symbolizes the unity of the family.

An extra plate. This has actually 2 meanings: some people prepare it for an unexpected guest that might appear during the dinner. Others because it was believed that the spirits of people who passed away could also dine with the family.

The ‘nobody moves’ rule

Everything that is to be consumed or used during the dinner has to be within a reach. Simply because no one is allowed to leave the table. Even to get something real quick. And no bathroom breaks either.

Oh, the fun part about this. If you were to leave the table before the dinner is over, it would mean illness or even death to someone in the family. As you can tell by now, we are quite superstitious. At least during the holiday season.

The wait for it…

In many countries, unwrapping of presents happens in the morning, right after everyone wakes up. Not in Slovakia. The presents are placed under the tree and are to be opened only after the Christmas dinner is over.

That’s why many children (I was guilty of this too) cannot wait for the dinner to be over and whine during. And, by the way, the presents are brought to us not by Santa Claus, but by Baby Jesus. The meaning? Beats me.

Do you have any curious holiday traditions or rituals in your home country? Let us know in the comments below.

How to survive the holiday season as a manufacturer