Dynamics CRM conferences – with no Microsoft Convergence, where to go in 2017? 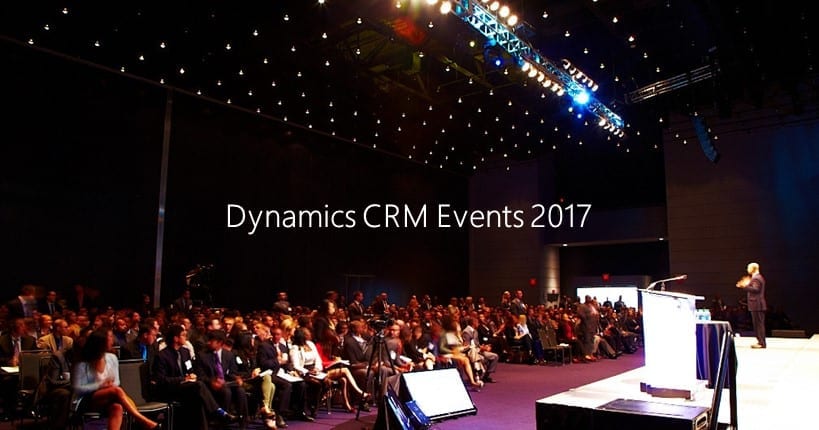 Microsoft recently announced a new plan for its flagship events in 2017: Rescheduling Envision and shifting it to Ignite and renaming the event for partners titled Worldwide Partner Conference (WPC) to Inspire. Only the developer event Build remained unchanged. But what does all of this mean for the Dynamics community? Where will Dynamics CRM users, integrators and partners meet & engage in breakthrough discussions during 2017? And what’s behind all the event changes in the past year?

Let’s start with a little background

Until 2016, Resco as Microsoft’s Gold ISV Partner focusing on Dynamics CRM, attended both the US and European edition of Microsoft Convergence, which catered to business and IT professionals in the Dynamics community. It was the go-to event for both the customers, users and the partners, ISVs and integrators – the content was excellent, hugely dedicated to the Dynamics ecosystem and the event was growing in popularity and attendance each year. In 2016, Microsoft replaced Convergence with a conference titled Microsoft Envision and shifted its focus to C-level business leaders. Furthermore, Envision took place only in the USA and the Microsoft Dynamics technical content (previously delivered at Convergence) moved to Microsoft Ignite (event for IT professionals). However, the space and depth of Dynamics content at Ignite was not comparable to Convergence.
Envision was received with mixed feelings, to say the least. Not only did MSDynamicsWorld.com report a lukewarm response from the attendees, but we – as a regular sponsor of Microsoft events – also experienced that the event failed to bring the size of the audience that Convergence used to have. To put it in numbers: Convergence 2015 in Atlanta attracted more than 12,000 individuals. Compared to that, the number of attendees at Envision in 2016 was cut down by at least a half, to 6000 people approximately. Besides, with Envision, the overall useful content oriented on Dynamics CRM had shrunk as we couldn’t see many sessions dedicated to this topic in the event agenda.
According to yet another article, “Microsoft’s transition from Convergence to Envision has eliminated Microsoft’s largest end-user focused conference.” Therefore, at the moment, community conferences – such CRMUG Summit, taking place in the United States – seem to be more in perspective for companies using Microsoft Dynamics CRM. And in April 2017, the European edition of the event will also come to life with Summit EMEA in Amsterdam.

What’s happening to Envision in 2017?

Still, Microsoft decided to stick with Envision for 2017, originally scheduled for February. But just a month ago, the company announced to its partners they wouldn’t go with the traditional expo and sponsorship model as it once did. Microsoft eliminated the exhibit hall, practically telling long-term exhibiting partners that there won’t be space for them. Unfortunate, but maybe not such a huge loss after all, as Envision wasn’t living up to its promise (compared to Convergence) with its changed concept.
Oh, but wait, that’s not all! Another turnover came in the last few weeks as Microsoft informed readers via its blog and emails that Envision is moving to September 2017 and will take place alongside Ignite which is aimed at IT professionals. And they decided to have the expo back on! And to top it all off, Microsoft also renamed the Worldwide Partner Conference (WPC) to Microsoft Inspire, which will be held July 9-13, 2017 in Washington, D.C. That conference had over 16,000 attendees in 2016 and was a great opportunity to meet our partners from all around the globe. Therefore, we look forward to meeting you in the U.S. capital next year, where we’ll be bringing a little surprise with us!
But what’s with all the sudden changes in Microsoft’s event calendar, you ask? We ask the same! Maybe there was a low interest in conferences or was it just a quick change in event strategy? We have no answer yet. Also, we are still unsure if topics related to Dynamics CRM or Dynamics 365 will get more space in Ignite’s agenda. And that’s why we ask you, Resco’s partners, customers, and CRM enthusiasts:

What do you think?

Is Microsoft Ignite combined with Envision worth attending? Learning the highlights, meeting the Dynamics community (Resco team as well) and sparking new CRM discussions? Based on what will you decide? And are the sessions revealed so far, exciting enough to go to Orlando, Florida on September 25-29 in 2017?
Let us know what you think about the recent shake-up of Microsoft’s event calendar in the comments section below or at anna@resco.net or at Twitter @RescoMobileCRM  #MissingConvergence. Will we see you at Ignite/Envision in 2017?

Connecting with customers through in-person & hybrid events: Here is how our partner TSO-Data does it

Get to know resco.NEXT 2022: The conference, the venue, and the hosting city

What you were curious about: Q&As from the resco.NEXT conference

Human-centric software is the future: 5 takeaways from resco.NEXT Keynote