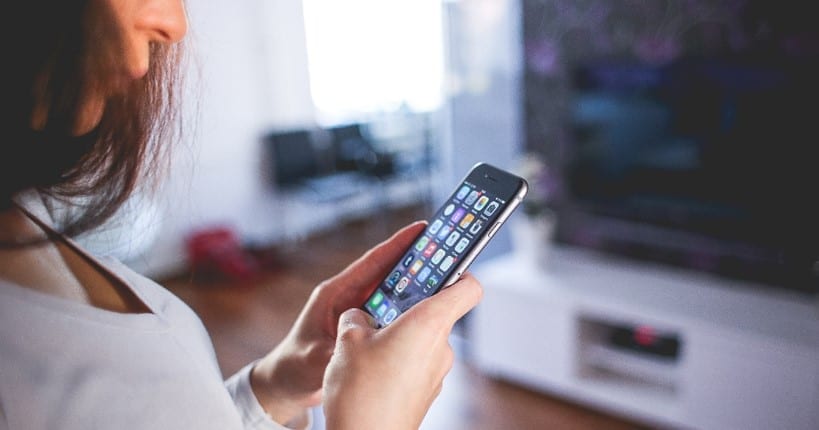 In the past 12 months, the time people spent using mobile apps provided by brick-and-mortar businesses increased by a whopping 40%. And as the consumer apps sector continues to grow, the latest research report by App Annie shows that applications are indeed instrumental to businesses well beyond the traditional online-first companies and retailers.
Whether you hunt for rewards scanning QR codes in-store, use apps to spend no time at physical retail locations at all,or simply to complete a purchase at the cashier and collect loyalty points – technology now provides more options to build an engaging customer journey and the consumer app offering has diversified.

Mobile retail not slowing down

Food service & restaurants, banking, and retail are the three sectors that have experienced the most dramatic changes. In many ways though, retail is probably furthest along in leveraging the mobile transition.
Let’s just take a look at the numbers: Currently, mobile represents 44% of retailers‘ entire online traffic and over 30% of their sales. Which translates to more than 220 billion dollars from worldwiide mobile retail sales in 2016 – a 53% increase compared to just a year earlier. Interestingly, mobile is even more prominent in emerging markets – for example Amazon states that about 70% of its online traffic in India comes from mobile devices.

Generally, the time spent in retail mobile applications was especially high in the United States, South Korea, and Japan. But while in Asia, apps by online-first retailers dominate the market, in US and Europe the apps provided by brick-and-mortar retailers (bricks-and-clicks apps) still stand at the forefront.
Over the last year, users in the USA spent over 85 million hours in top 10 bricks-and-clicks retail apps. European countries are somewhat trailing, most likely due to the relative immaturity of their mobile retail market. Germany is the leader in bricks-and-clicks retail apps usage on the old continent with over 12 million hours spent in retail apps. But just as rapid year-after-year growth (more than 40%) of both online-first and bricks-and-clicks apps in Europe reveals a high-level of demand that is yet to be fully addressed.

Enhance both in-store and online experience with apps

Whether you wish to enhance the customer experience and engagement for online or in-store clients, you can now utilize Resco Mobile CRM to easily create your own consumer apps integrated directly with your existing backend – be it Microsoft Dynamics CRM, Salesforce, or Oracle CX. Make use of your existing customer and product information and put yourself not just on your customers mind, but in their phones and tablets as well.
To learn more about Resco Consumer Apps please visit www.resco.net/mobilecrm/consumer-apps.aspx, or ask us directly at mobilecrm@resco.net.